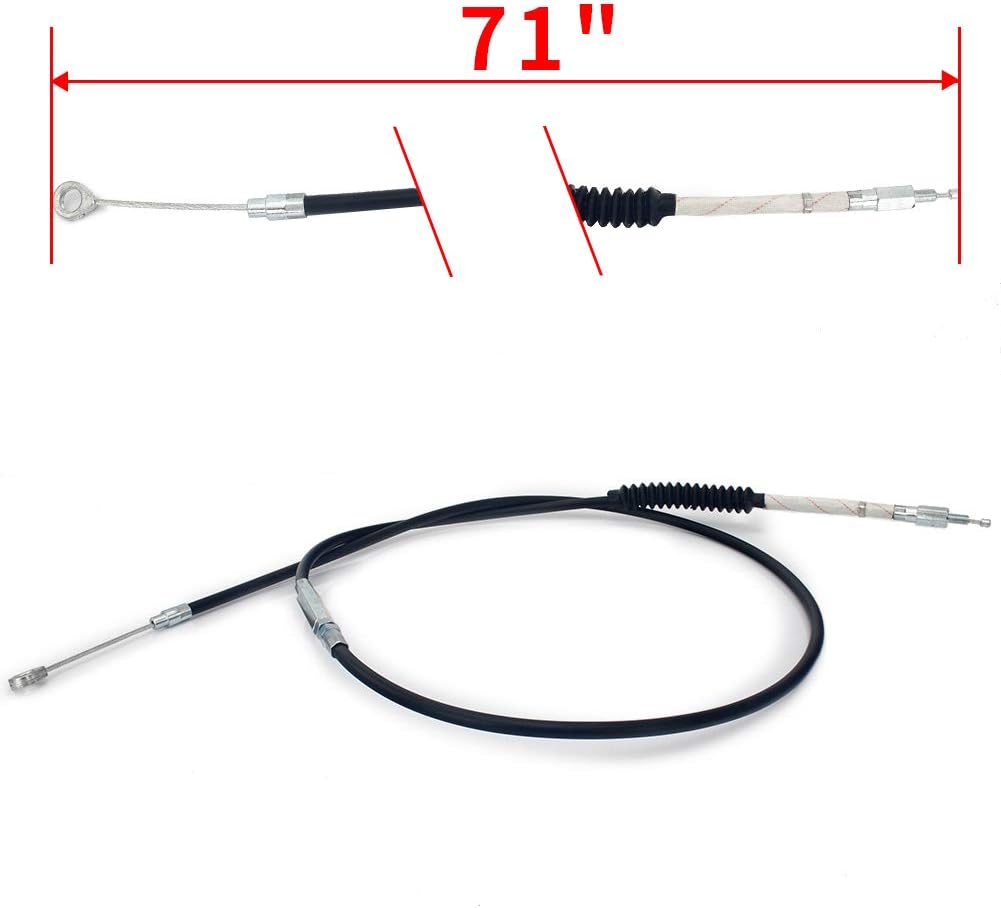 Length: 55"
Material: PVC
Color: Black, same as pic shows
This is a universal clutch cable, please make sure the interface of the cabel the same as ours before you buy to avoid mistake.