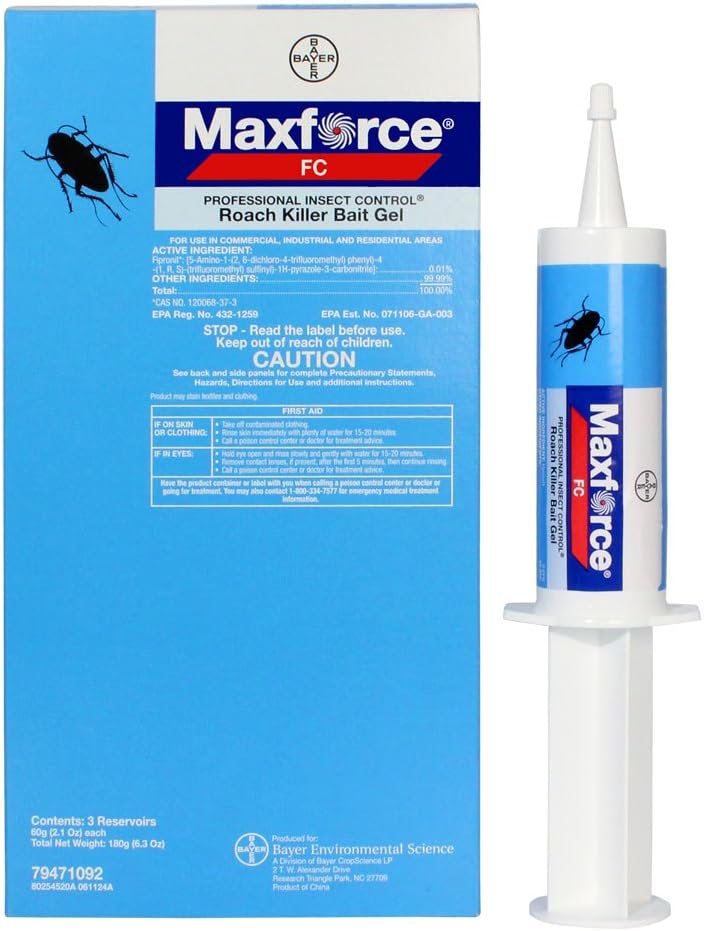 Maxforce FC Roach Killer Bait Gel kills cockroaches in their harborage. The dual action formula kills cockroaches two ways, by ingestion or contact, killing the roaches you see and even those you don't. Three 60 gram tubes.